The workability is a very important property of a mortar. With conventional measuring methods, it escapes the exact quantitative and numerical recording. The usual way of assessing consistency is the slump test. However, with a rheometer that can perform both rotational and oscillation experiments, even such complex properties as the workability properties can be scientifically described and quantified.

Rheology is for me the key to the development of mortar formulations with defined, predetermined processing properties. Since mortar rheometers such as the “Viskomat NT” (Schleibinger Geräte Teubert u. Greim GmbH, http://www.schleibinger.com) still need too much material for my purposes, I work with a high-resolution research rheometer and plate-plate measuring systems, which limit the material requirement to a few grams per measurement. 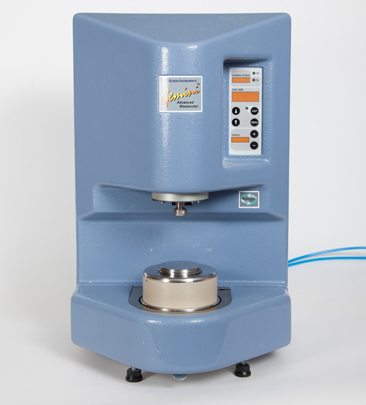 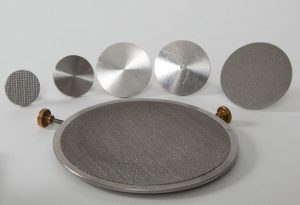 Heat flow calorimetry is a simple and rapid method for monitoring hydration reactions that occur when hardening gypsum or cement. The resulting heat of hydration can be evaluated quantitatively and time-resolved. With the help of the data, for example, the setting behavior of gypsum mortars can be optimized and the strength of cement mortars maximized.

My calorimeter has four channels, three measuring cells and a reference cell. This design has been developed by the mineralogist Prof. Dr. med. Hans-Jürgen Kuzel at the University of Erlangen. It is a highly sensitive research calorimeter and requires only very small sample quantities (typically one to three grams). It is installed in an insulating box and can be tempered with a refrigeration circulator to temperatures between 5 and 50 ° C. As an inert reference sample I use a crucible with 2 g quartz sand. 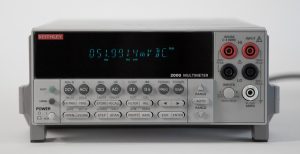 The device consists of an aluminum block (heat sink), to which four heat flow sensors are attached in such a way that a good thermal conductivity is ensured. The heat flow sensors consist of 71 series connected BiTe semiconductor elements in planar arrangement. One of the four measuring cells serves as a reference cell and picks up an inert blank.

The heat released by the hydrating sample flows through the heat flow sensor into the aluminum block. The temperature difference induces in the sensors a voltage which is measured with a high sensitivity digital multimeter. The measuring signal used is the difference between the voltages between the measuring cell and the reference cell.

Since the very low heat of hydration from the small amount of sample is dissipated fairly quickly via the sensors, the sample temperature does not change practically and one speaks of isothermal calorimetry even if the heat flow is driven by a temperature gradient (and thus a minimal temperature difference arises).

And then, of course, I also have many devices and machines that can be found in every conventional mortar lab: Hobart mixer, flow table, and so on … 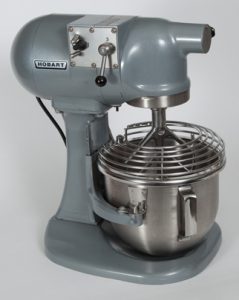 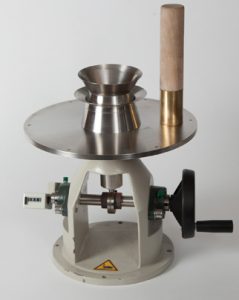 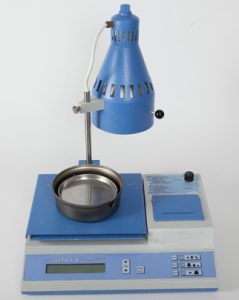 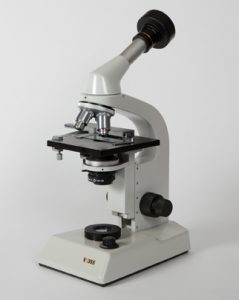